The Thermo King legacy of experience, commitment and innovation guarantees ultimate assurance in high quality transport temperature control systems. With a history that goes back 75 years, our strong commitment to performance drives us to develop advancements in transport temperature control technology. At Thermo King, we define the industry with reliability, efficiency and sustainability solutions for delivering goods and transporting people. Count on Thermo King to take your business where you want to go. 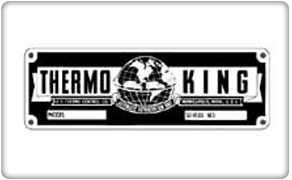 On a hot summer day, Joe Numero, a manufacturer of sound equipment for movie theaters, along with three of his close friends, just completed an afternoon of golf. One of the men in the group received word that a truck he owned had broken down en route from South St. Paul to Chicago, and the entire load of fresh chickens had spoiled. Another of the men suggested Numero build a mechanical refrigeration unit to replace blocks of ice currently used to cool semi-trailers. Numero, who liked challenges, responded on impulse by saying, “We can build a unit for you in 30 days.” This remark ultimately propelled Numero into becoming the founder and first president of U.S. Thermo Control, now known as Thermo King. 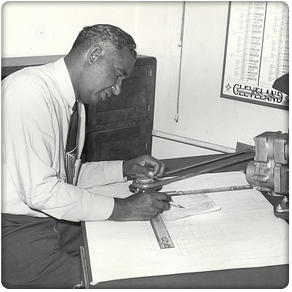 Joe Numero and engineer Fred Jones patent “Model A,” the first successful mechanical transport refrigeration unit. This introduces an alternative to the less effective use of salt and ice to preserve perishables during shipment, which ushers in the era of frozen foods, fresh produce delivery nationwide, large supermarkets and the restaurant industry. 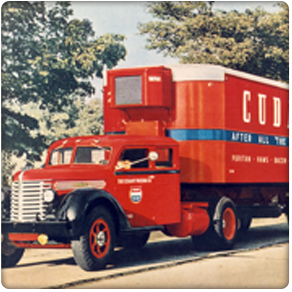 The first nose mount trailer unit, the Model C, is introduced to the market. Compared to the previous under mount units, the Model C is much less susceptible to mud, dirt and debris and is also significantly lighter. It is the first one-piece design, which results in improved system reliability. The new, lightweight nose mounted model proves so successful it is named "Thermo King."

The "Service School," opens at the company’s headquarters in Minneapolis, Minnesota. The school evolves over the years into the Thermo King Education Center, offering state-of-the-art training and certification for technicians from around the world. This allows Thermo King service technicians to stay current with the latest technology and provide the best service in the industry.

Thermo King introduces the first refrigerated boxcar unit, the RY. Before the use of this new mechanical refrigeration system, shipping perishable products by rail was risky. Wooden rail boxcars with ice bunkers were manually loaded by workers with large ice blocks and then topped with crushed ice. The melting ice would ultimately cause the wooden floors to quickly rot, contaminating and spoiling the load. The new "Atmosphere Control" refrigerated rail cars were tested from 1948 to 1950, and during these two years, not one pound of cargo was lost from poor refrigeration.

The first refrigerated container ships overseas to support the Korean War effort, opening the door for global transportation of temperature-sensitive goods and materials (by sea, truck or rail). 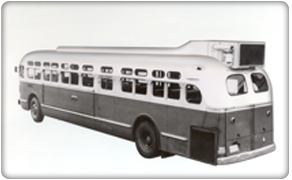 Thermo King develops the first air conditioning unit for passenger buses, allowing patrons to travel with comfort even during the hottest months of the year.

Thermo King launches the ROL unit for the first commercial refrigerated marine container. Through this invention an industry was born that transports a variety of goods – dry, refrigerated, and frozen – all across the world. Marine transportation also provides countless economical opportunities for countries of all sizes in the form of exports, imports, and trade. 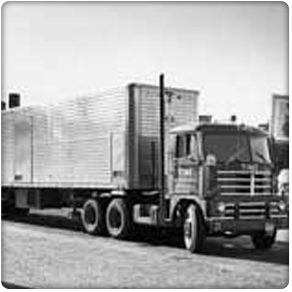 Thermo King introduces the UWD, with the first diesel engine in refrigerated units, extending engine life compared to gas-powered units. Where a gas-powered engine had an expected life of 5,000 hours, a diesel-powered engine could run up to 25,000 hours. This allows for greater savings in engine maintenance and replacement and progresses the long-haul trucking industry. 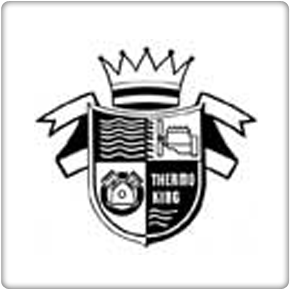 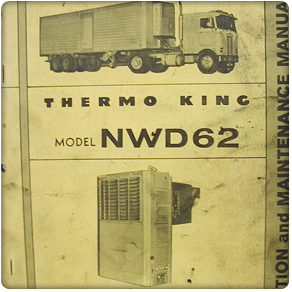 The invention of the NWD-62 introduces the first unit configured similarly to the modern Thermo King trailer units. Many of the refrigeration principles and physical design features of this unit are still incorporated in the current Thermo King trailer product line. 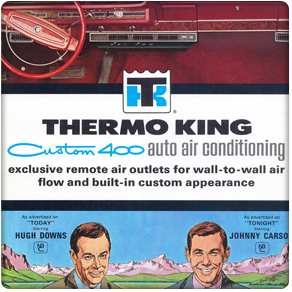 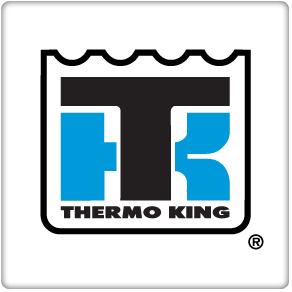 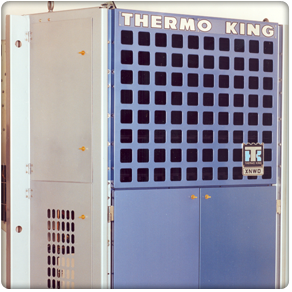 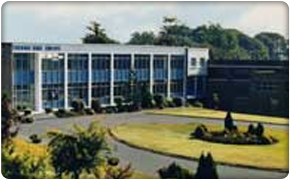 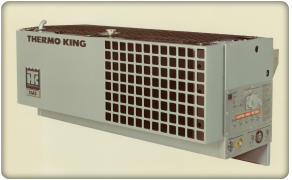 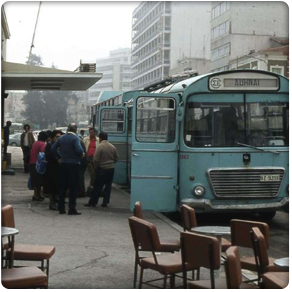 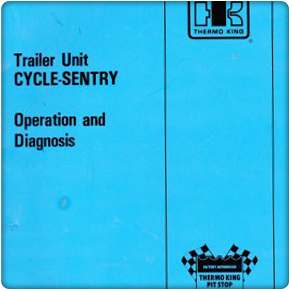 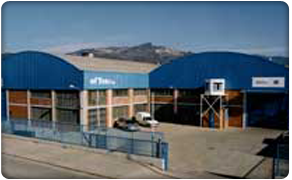 Thermo King institutes a joint venture in Spain that marks the establishment of the Barcelona facility where the company manufactures vehicle power and air solutions products. 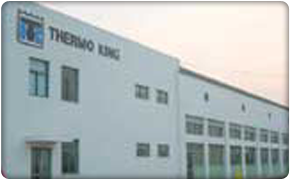 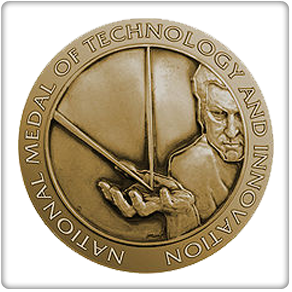 George H.W. Bush awards the National Medal of Technology to Thermo King founder, Joseph A. Numero, and inventor, Frederick M. Jones. The awards are presented posthumously on September 16, 1991, to their widows at a ceremony in the White House Rose Garden. Jones is the first African American to receive the award. 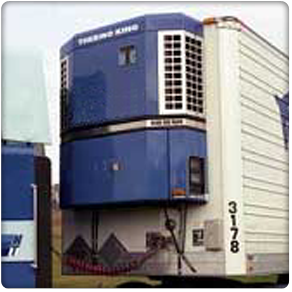 Thermo King launches the first successful microprocessor controller for trailer applications, the ThermoGard™ µP-IV. This allows the driver to more precisely manage the temperature of valuable loads with an easy-to-use interface. Drivers and owners also have the ability to track individual deliveries using data reporting and alarms. 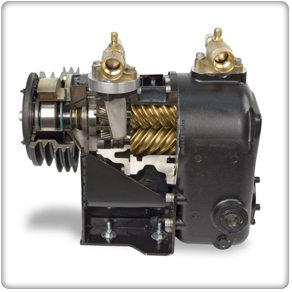 The screw compressor for trailers launches delivering fuel savings by using reheat, a mode of operation that introduces heat into the refrigeration cycle to stabilize a temperature as it reaches set point. In 2001, Thermo King discovers the screw compressor delivers reliability and efficiency for buses. It continues to be a mainstay of the bus product line today. 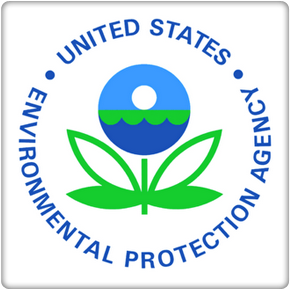 Financial conditions force trucking companies to look for ways to cut their operating costs and increase fuel efficiency. Environmental concerns for the transport refrigeration industry start to rise with the growing awareness of ozone depletion due to refrigerants. These factors challenge Thermo King to develop high capacity systems using a new refrigerant mandated by the Environmental Protection Agency (EPA). 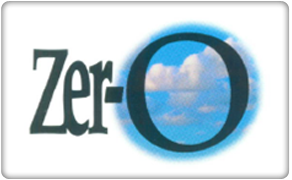 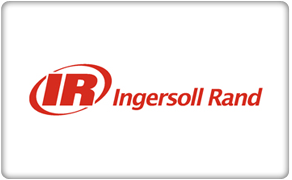 Looking to enter the climate control marketplace, Ingersoll Rand acquires Thermo King. Thermo King plays an important part in the "Farm to Fork" cold chain where food quality and safety are maintained from harvest/production through distribution to consumers.

Thermo King launches a new transport refrigeration system called The Whisper, which is 87 percent quieter than competitive units. Drivers are no longer required to shut the units off in cities with stringent noise ordinances. In addition, driver comfort improves significantly, especially while snoozing in a sleeper cab right next to the unit. After this point, “Whisper™” technology becomes standard in products – and a standard in the industry.

Thermo King achieves a breakthrough in truck refrigeration with the XDS-SR, which utilizes a scroll compressor rather than the conventional reciprocating compressor in large truck units. This introduction brings improvements in efficiency and capacity as well as reductions in noise levels. 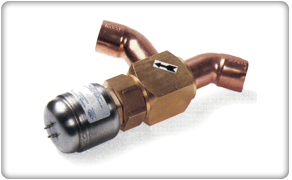 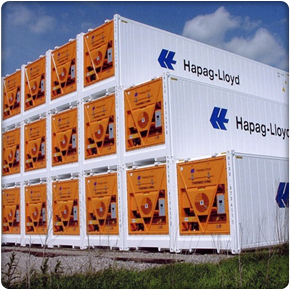 Thermo King introduces the MAGNUM™ container unit, the only reefer unit on the market that maintains a -35 degrees C (-31 degrees F) set point. The MAGNUM™ unit guarantees that deep-frozen cargo will stay frozen even in 50 degree C ambient conditions. 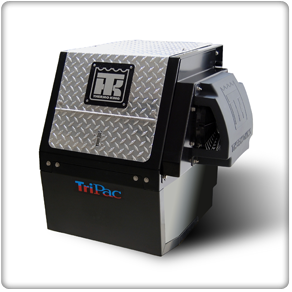 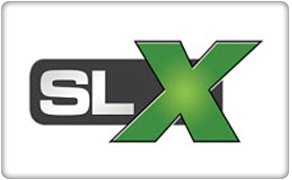 Thermo King launches the SLX trailer refrigeration, dubbed as being the most important event in the company’s European history. The SLX directly responds to customer needs for maximum performance, minimal environmental impact and low cost of ownership. 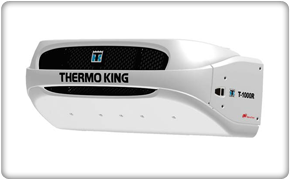 Thermo King introduces the T-series, the new world standard in temperature control for trucks. The T-series contributes to greater fuel savings and lower lifecycle costs. This advanced technology is also easier for the driver to operate and maintain. The T-series sets new benchmarks to reduce emissions, waste and noise pollution. 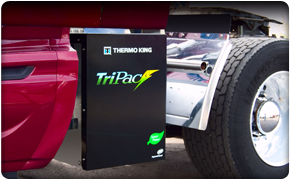 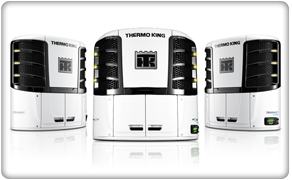 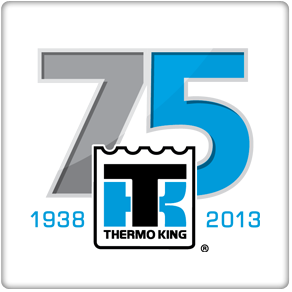